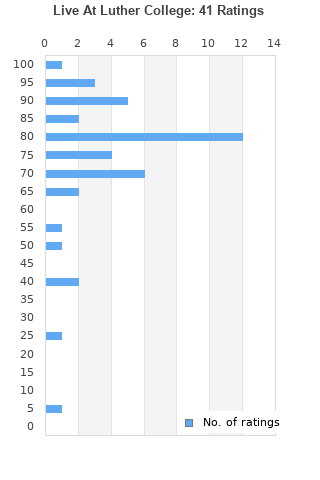 Live At Luther College is ranked as the best album by Dave Matthews & Tim Reynolds. 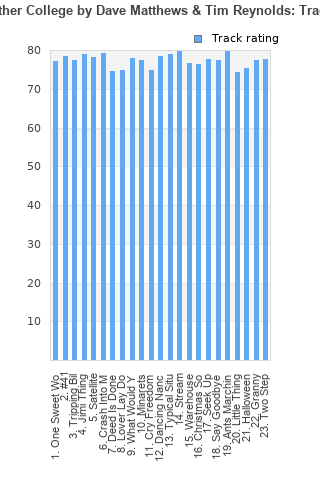 Rating metrics: Outliers can be removed when calculating a mean average to dampen the effects of ratings outside the normal distribution. This figure is provided as the trimmed mean. A high standard deviation can be legitimate, but can sometimes indicate 'gaming' is occurring. Consider a simplified example* of an item receiving ratings of 100, 50, & 0. The mean average rating would be 50. However, ratings of 55, 50 & 45 could also result in the same average. The second average might be more trusted because there is more consensus around a particular rating (a lower deviation).
(*In practice, some albums can have several thousand ratings)
This album is rated in the top 16% of all albums on BestEverAlbums.com. This album has a Bayesian average rating of 74.9/100, a mean average of 73.6/100, and a trimmed mean (excluding outliers) of 75.4/100. The standard deviation for this album is 19.0.

For those that don't quite get DMB, than this is the place you should start. It strips the songs down so you can get a real feel for Dave's great songwriting. Tim Reynolds is the Hendrix of the acoustic guitar and you will be wowed by his incredible playing on this album. Dave is one of the best rhythm/riff guitar players as well...Just try to play his stuff & you'll understand!

Your feedback for Live At Luther College