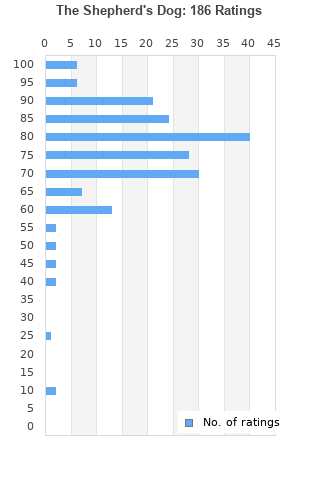 Iron And Wine-The Shepherd`S Dog (UK IMPORT) VINYL NEW
Condition: New
Time left: 1d 5m 15s
Ships to: Worldwide
$27.21
Go to store
Product prices and availability are accurate as of the date indicated and are subject to change. Any price and availability information displayed on the linked website at the time of purchase will apply to the purchase of this product.  See full search results on eBay

The Shepherd's Dog is ranked 3rd best out of 13 albums by Iron & Wine on BestEverAlbums.com.

The best album by Iron & Wine is Our Endless Numbered Days which is ranked number 993 in the list of all-time albums with a total rank score of 1,843. 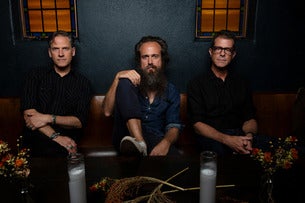 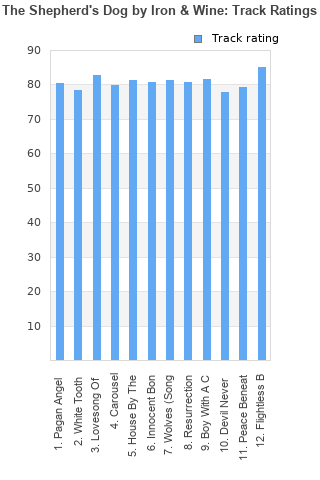 Rating metrics: Outliers can be removed when calculating a mean average to dampen the effects of ratings outside the normal distribution. This figure is provided as the trimmed mean. A high standard deviation can be legitimate, but can sometimes indicate 'gaming' is occurring. Consider a simplified example* of an item receiving ratings of 100, 50, & 0. The mean average rating would be 50. However, ratings of 55, 50 & 45 could also result in the same average. The second average might be more trusted because there is more consensus around a particular rating (a lower deviation).
(*In practice, some albums can have several thousand ratings)
This album is rated in the top 5% of albums on BestEverAlbums.com. This album has a mean average rating of 76.0/100. The trimmed mean (excluding outliers) is 77.1/100. The standard deviation for this album is 14.0.

Such a beautiful album. The songs have a really amazing quality to them, sometimes dreamy, sometimes groovy, sometimes in between, but always quite unique. I find the rhythms on this album so engaging and interesting for some reason, despite their simplicity. Like on Peace Beneath The City, it's held together by a simple little swing beat emphasized by two hand claps, but something about it just implies so much more grooviness than this song justifies. I don't know how

A beautiful laid back album.

Every one of Sam Beam's albums have grown immensely on me since discovering Iron And Wine, even though I loved them all from the start. The contrast between this and The Creek Drank The Cradle is immense, yet both are absolute masterpieces. He's taken a couple small steps back in my eyes since this album, but all 5 LPs are well worth listening to.

Real gem right here. Much more progressive than his previous albums and after a first listen I can tell it'll be a grower. He creates some really rich, reverberated landscapes of sound which is something unique with folk, but works surprisingly well.

One of my all-time favourite albums. As many people have commented on different albums that mean a lot to them, I can't understand why this isnt ranked higher ... especially the #44 ranking in 2007 albums.

I have loved the progression Sam Beam has taken from "Creek Drank the Cradle", especially his last two EPs "In The Reins" and "Woman King". He doesn't sound like he's simply writing odes to marshlands anymore. He has some verve and determination and something resembling rock all the while maintaining the poet-on-his-backwood-porch appeal. He continues his progression to a more assertive "rock" sound on "The Shepherd's Dog".

Very good album. Definitely cool how he expands his sound a little bit with each album...doesn't stagnate like a lot of artists.

Your feedback for The Shepherd's Dog