Fight For Your Mind (studio album) by Ben Harper 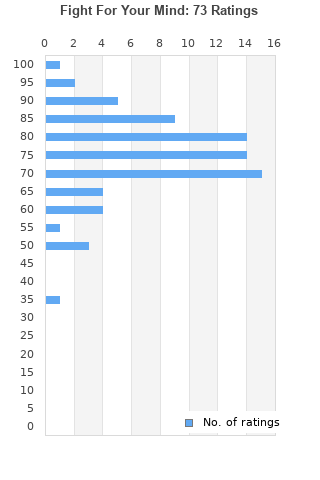 Fight For Your Mind is ranked as the best album by Ben Harper. 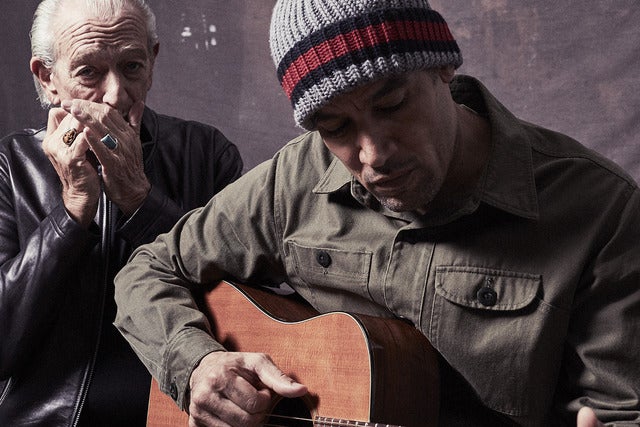 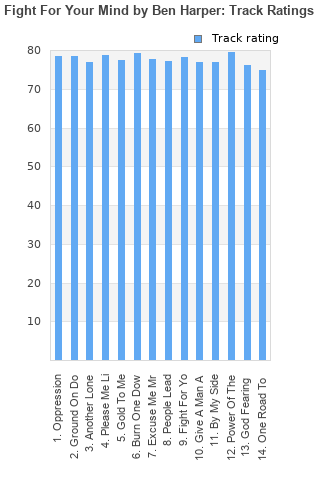 Fight For Your Mind rankings

Fight For Your Mind collection

Fight For Your Mind ratings

Rating metrics: Outliers can be removed when calculating a mean average to dampen the effects of ratings outside the normal distribution. This figure is provided as the trimmed mean. A high standard deviation can be legitimate, but can sometimes indicate 'gaming' is occurring. Consider a simplified example* of an item receiving ratings of 100, 50, & 0. The mean average rating would be 50. However, ratings of 55, 50 & 45 could also result in the same average. The second average might be more trusted because there is more consensus around a particular rating (a lower deviation).
(*In practice, some albums can have several thousand ratings)
This album is rated in the top 17% of all albums on BestEverAlbums.com. This album has a Bayesian average rating of 74.7/100, a mean average of 74.4/100, and a trimmed mean (excluding outliers) of 74.9/100. The standard deviation for this album is 11.8.

Fight For Your Mind favourites

Fight For Your Mind comments

His debut album is just bursting with quality songs.

Why do I adore this album so very much?! It seems like I'm almost alone in this liking. Maybe it's due to a 6 months trip to India, being in love with the world and feeling more free than ever?!

I don't understand how Ben Harper is consistently overlooked on BEA. He's creative, diverse, funky, soulful, and ties into roots and culture. He should get a lot more recognition, and we could start with this album - it's one of his best.

Your feedback for Fight For Your Mind