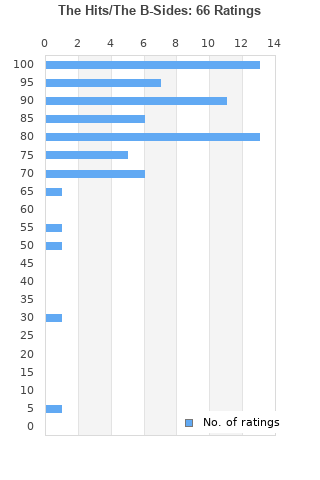 The Hits/The B-Sides is ranked 29th best out of 61 albums by Prince on BestEverAlbums.com.

The best album by Prince is Sign 'O' The Times which is ranked number 189 in the list of all-time albums with a total rank score of 9,408. 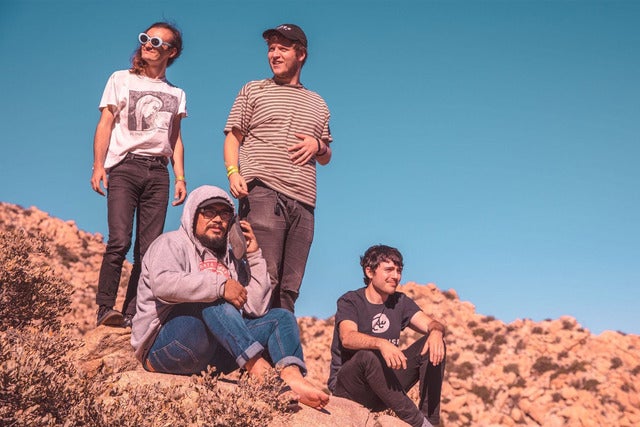 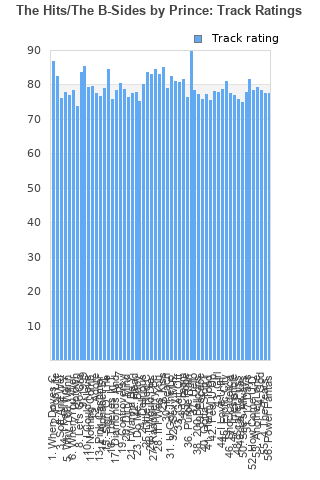 Rating metrics: Outliers can be removed when calculating a mean average to dampen the effects of ratings outside the normal distribution. This figure is provided as the trimmed mean. A high standard deviation can be legitimate, but can sometimes indicate 'gaming' is occurring. Consider a simplified example* of an item receiving ratings of 100, 50, & 0. The mean average rating would be 50. However, ratings of 55, 50 & 45 could also result in the same average. The second average might be more trusted because there is more consensus around a particular rating (a lower deviation).
(*In practice, some albums can have several thousand ratings)
This album is rated in the top 1% of all albums on BestEverAlbums.com. This album has a Bayesian average rating of 83.3/100, a mean average of 82.8/100, and a trimmed mean (excluding outliers) of 85.0/100. The standard deviation for this album is 16.8.

Awesome collection of stellar pop/r&b/disco/funk/rock songs from one of the greatest singer, songwriter and musicians of all-time, and this INCLUDES his b-sides, which speak to how damn prolific and talented this cat was.

Great collection of hits and rarities. Great intro to the real king of pop.

One of the best compilations ever, Prince was simply brilliant from 1978 to 1993!

A really good compilation of Hits and a brilliant 3rd disc of B Sides. The 3rd disc is a revelation this is the only album you can get these songs They are amazing. Most of his hits are here except The Most beautiful Girl........ which was released after this compilation. An must for Prince fans.

Your feedback for The Hits/The B-Sides