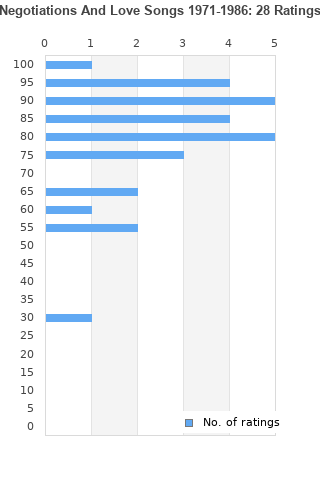 Negotiations And Love Songs 1971-1986 is ranked 16th best out of 26 albums by Paul Simon on BestEverAlbums.com.

The best album by Paul Simon is Graceland which is ranked number 126 in the list of all-time albums with a total rank score of 12,932. 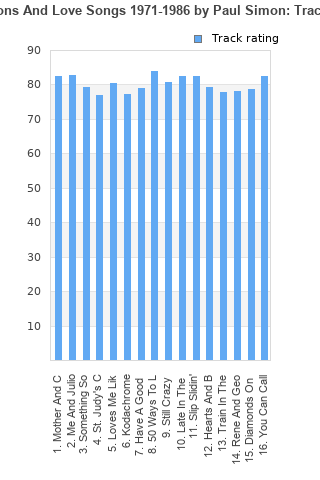 0
14.
Rene And Georgette Magritte With Their Dog After The War
Rating: 78 (7 votes)Comments:

Rating metrics: Outliers can be removed when calculating a mean average to dampen the effects of ratings outside the normal distribution. This figure is provided as the trimmed mean. A high standard deviation can be legitimate, but can sometimes indicate 'gaming' is occurring. Consider a simplified example* of an item receiving ratings of 100, 50, & 0. The mean average rating would be 50. However, ratings of 55, 50 & 45 could also result in the same average. The second average might be more trusted because there is more consensus around a particular rating (a lower deviation).
(*In practice, some albums can have several thousand ratings)
This album is rated in the top 2% of all albums on BestEverAlbums.com. This album has a Bayesian average rating of 79.4/100, a mean average of 80.0/100, and a trimmed mean (excluding outliers) of 81.9/100. The standard deviation for this album is 15.3.

Really really nice compilation. one of the all time great singer / songwriters

Wow - I know compilations don't get a lot of love on this site, but wow, this is a must for those who want to get into Paul Simon between Graceland and his Simon and Garfunkel years.

AMAZING selections of songs. Grew up on this.

Almost a masterpiece. Could have done with 2 or 3 more songs I consider among his best, like "American Tune and "Graceland", but as it is - a sweet and chilled out listening experience. One of the great songwriters, I remember he got a box set a few years later.

A great retrospective of the career on one of America's best singer/songwriters. All of the music that made him famous, up until 1986, is here.

Your feedback for Negotiations And Love Songs 1971-1986