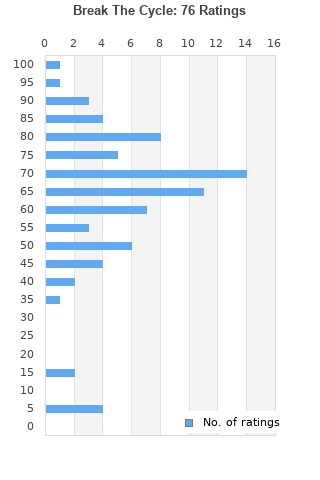 Break The Cycle is ranked as the best album by Staind. 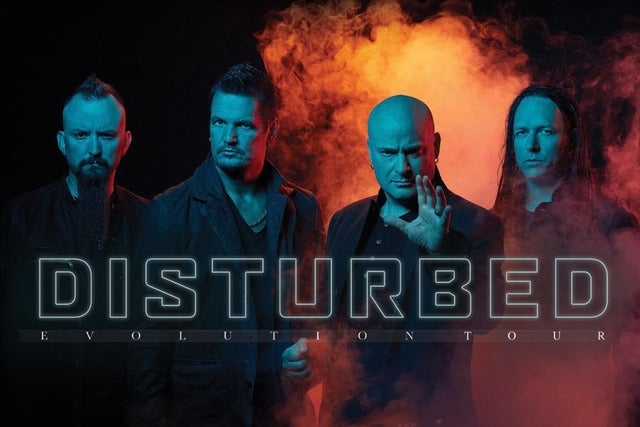 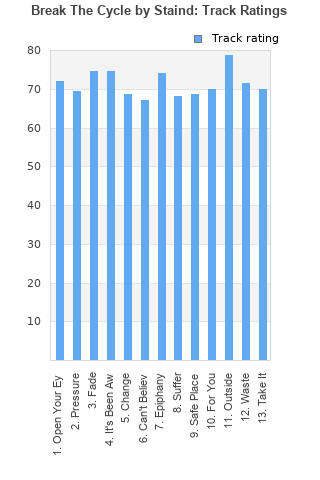 Rating metrics: Outliers can be removed when calculating a mean average to dampen the effects of ratings outside the normal distribution. This figure is provided as the trimmed mean. A high standard deviation can be legitimate, but can sometimes indicate 'gaming' is occurring. Consider a simplified example* of an item receiving ratings of 100, 50, & 0. The mean average rating would be 50. However, ratings of 55, 50 & 45 could also result in the same average. The second average might be more trusted because there is more consensus around a particular rating (a lower deviation).
(*In practice, some albums can have several thousand ratings)
This album has a Bayesian average rating of 63.7/100, a mean average of 62.3/100, and a trimmed mean (excluding outliers) of 62.3/100. The standard deviation for this album is 19.4.

Good and powerfull album with a strong vocal

Very good album. Best 10 songs average is 90,3/100 and the album can get very good 90/100. Best songs are "It's been a while" and "Outside" both maximum rating, followed by "Epiphany" very good. All other songs good or ok. Favourite!
Genre: Post-Grunge, Alternative Metal, Hard Rock

This is Staind's best and it isn't very close

Standout tracks and singles like Fade, Its Been Awhile, Outside, Epiphany are great songs and are better than the usual alt/grunge songs Staind offers.

Even the lesser songs on this record are better than their other offerings. Waste, Open Your Eyes and Pressure are pretty good. It still has some run of the mill grunge fillers so I can't put it in the 90's.

Confessional vulnerable lyrics boost this ahead of offerings from Staind's contemporaries

Break the Cycle is one of the better alt/grunge albums of the time. Among contemporary acts like Limp Bizkit, Korn, Cold, etc, it is the best.

It's been awhile and Fade are incredible, emotional songs. Unfortunately there isn't much left on this CD.

Your feedback for Break The Cycle