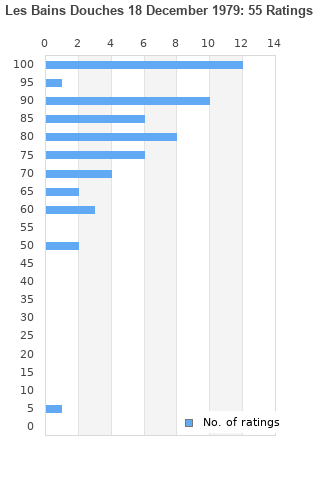 Les Bains Douches 18 December 1979 is ranked 5th best out of 12 albums by Joy Division on BestEverAlbums.com.

The best album by Joy Division is Unknown Pleasures which is ranked number 36 in the list of all-time albums with a total rank score of 29,114. 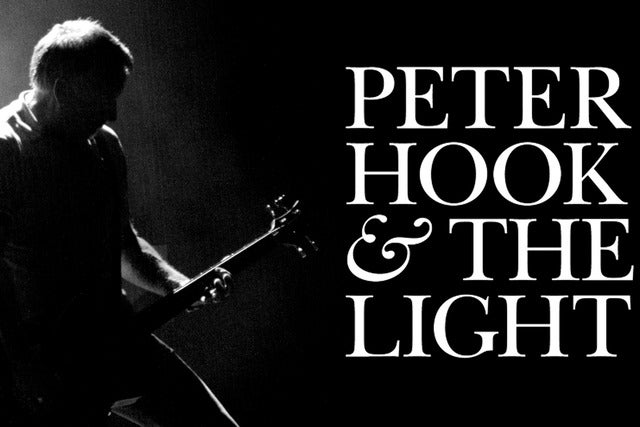 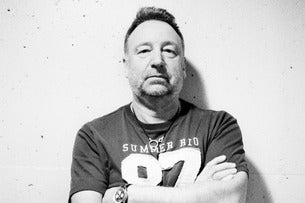 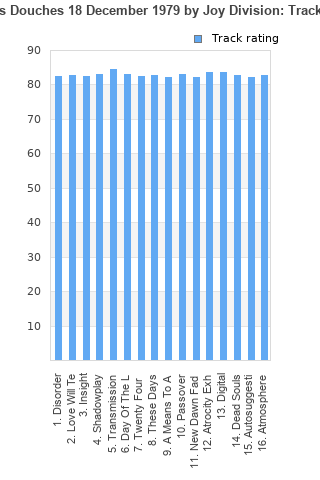 Rating metrics: Outliers can be removed when calculating a mean average to dampen the effects of ratings outside the normal distribution. This figure is provided as the trimmed mean. A high standard deviation can be legitimate, but can sometimes indicate 'gaming' is occurring. Consider a simplified example* of an item receiving ratings of 100, 50, & 0. The mean average rating would be 50. However, ratings of 55, 50 & 45 could also result in the same average. The second average might be more trusted because there is more consensus around a particular rating (a lower deviation).
(*In practice, some albums can have several thousand ratings)
This album is rated in the top 1% of all albums on BestEverAlbums.com. This album has a Bayesian average rating of 82.0/100, a mean average of 82.2/100, and a trimmed mean (excluding outliers) of 83.7/100. The standard deviation for this album is 17.0.

I know people might complain that these recordings are low quality, but that's not the point. This album is Joy Division at their rawest, and it really showcases the energy that the band had during their short lifespan.

Gah! I couldn't disagree with you more, found out about this on the same thread as you although I think the sound is even better than on UP for many of the tracks (Shadowplay, Disorder and Transmission)