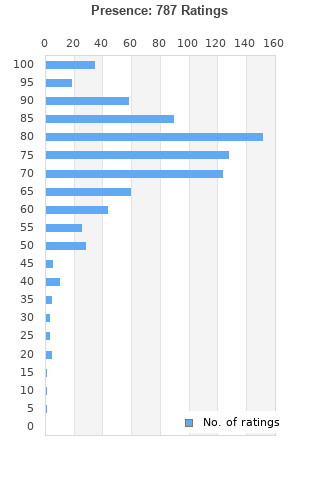 Presence is ranked 7th best out of 23 albums by Led Zeppelin on BestEverAlbums.com.

The best album by Led Zeppelin is Untitled (Led Zeppelin IV) which is ranked number 12 in the list of all-time albums with a total rank score of 59,173. 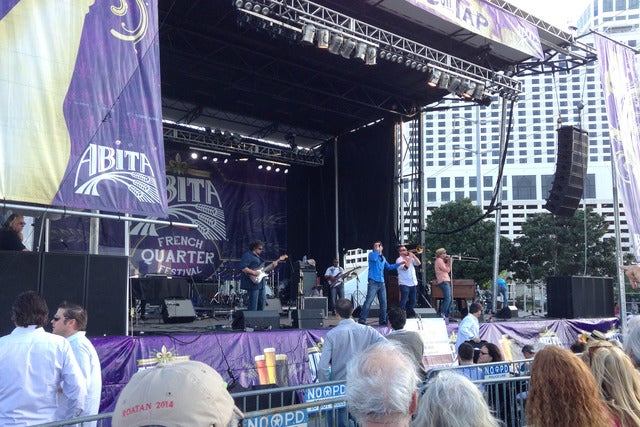 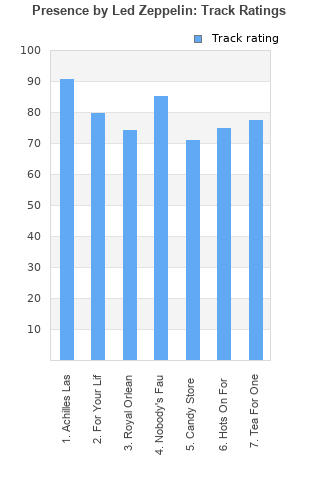 Rating metrics: Outliers can be removed when calculating a mean average to dampen the effects of ratings outside the normal distribution. This figure is provided as the trimmed mean. A high standard deviation can be legitimate, but can sometimes indicate 'gaming' is occurring. Consider a simplified example* of an item receiving ratings of 100, 50, & 0. The mean average rating would be 50. However, ratings of 55, 50 & 45 could also result in the same average. The second average might be more trusted because there is more consensus around a particular rating (a lower deviation).
(*In practice, some albums can have several thousand ratings)
This album is rated in the top 17% of albums on BestEverAlbums.com. This album has a mean average rating of 74.0/100. The trimmed mean (excluding outliers) is 74.9/100. The standard deviation for this album is 14.5.

Very good album, I like every song. Still, I agree, it is their 7th best album (that shows you how good they were). I think it is overlooked because of the weird album cover.

its fine just not as good as the other zeppelin albums

After III, this is Zep's most unfairly underappreciated album. While it is a bit uneven, the highs (Achilles Last Stand, Nobody's Fault but Mine) are still exceedingly high, and even the throwaway Candy Store Rock is a lot of fun.

I could approach this in two ways, compare this album with the likes of 2, 4, Physical Graffiti, Houses of the Holy, or, rate it as an isolated album, almost as if I had never heard this band before. I will opt for the latter.

The album opens with a stunning driving blues rock workout and is followed up by a slower but still punchy blues rock offering, both tracks are very guitar driven with no noted keyboards present so far. 'Royal Orleans' is again very bluesy with some great guitar soloing. 'Nobody's Fault But Mine' continues with the harder driving blues theme introducing harmonica which really works. 'Candy Store Rock' is less memorable than what has come before but still ok. Some great guitar work on the fun 'Hots On For Nowhere'. 'Tea For One' is a slower laid back blues workout with some great Jimmy Page fretwork caressing. If you are a guitarist you will appreciate how good this last track actually is.

In summary, I really like the album. There are no keyboards that I can discern but that doesn't matter as the overall sound and production is superb, particularly the way the drums are recorded and how they sit in the mix.

The Hipgnosis sleeve design is thought provoking. So what is the object, just an abstract table ornament? Should the clever listener be linking the abstract object with what is quite an abstract album or am I over thinking it?

A weird album for me to rate. Even as a lackluster Zeppelin album, it's still a good album. I think it's a bit unfair that Achilles Last Stand is the opener because it sets the bar very high.

An unspired piece, signal of the future of led Zeppelin.

Achilles Last Stand Is a Masterpiece, and For Your Life, and Nobodys Fault But Mine Are Also Fairly good, Though The album starts to drag on by Tea For One, and I didn't care for Candy Store Rock or Hots On For Nowhere.

Tepid by comparison but still a good album

Album doesn't deserve the vitriol is gets from hardcore Zep fans. It's a good album. Their most heavy rocking album. "Achilles Last Stand" is in the Top 10 best Led Zep songs ever recorded.

Your feedback for Presence