Blame It On Gravity (studio album) by Old 97's 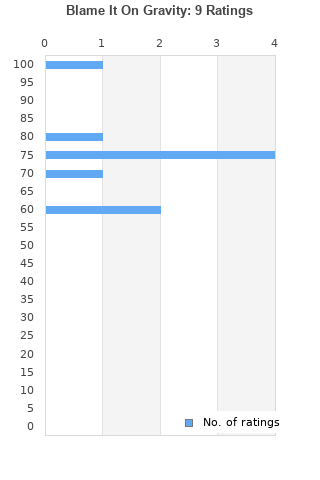 Blame It On Gravity (Deluxe Version) [Digipak] by Old 97's (CD, Jun-2008, New W…
Condition: Good
Time left: 2d 13h 23m 22s
Ships to: Worldwide
$0.99
Go to store
Product prices and availability are accurate as of the date indicated and are subject to change. Any price and availability information displayed on the linked website at the time of purchase will apply to the purchase of this product.  See full search results on eBay

Blame It On Gravity is ranked 6th best out of 14 albums by Old 97's on BestEverAlbums.com.

The best album by Old 97's is Too Far To Care which is ranked number 3490 in the list of all-time albums with a total rank score of 415. 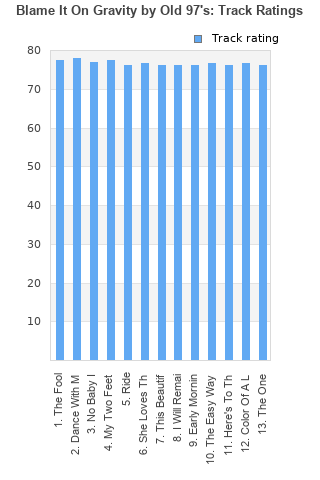 Blame It On Gravity rankings

Blame It On Gravity collection

Blame It On Gravity ratings

Blame It On Gravity favourites

Blame It On Gravity comments

The old 97's seem refreshed with new-found energy, evident on opener "The Fool" which professes "you've got to be a fool to be a fool in love". The first four songs, including "Dance With Me" ("don't tell me the world is in trouble -- dance with me"), "No Baby I" and "My Two Feet" are the best and most upbeat 4 contiguous songs on any old 97's album (and i have most albums). I think allmusic's allusion to whiskeytown's "Stranger's Almanac" is appropriate -- this is probably what a reunited whiskeytown would sound like. But everything's not all upbeat, as "my two feet" reveals "It gets so lonesome you don’t know / It’s such a lonely way to go / I’m going on down the mountain on my two feet and I’m going slow". There isn't much of a drop-off after the first four, with country-clash rocker "ride", lover's ode "she loves the sunset" and the tension-building romp "early morning" as other highlights.

Your feedback for Blame It On Gravity