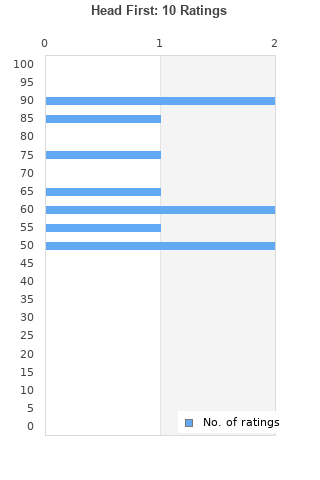 Badfinger - Head First CD
Condition: Like New
Time left: 12d 4h 59m
Ships to: Worldwide
$11.79
Go to store
Product prices and availability are accurate as of the date indicated and are subject to change. Any price and availability information displayed on the linked website at the time of purchase will apply to the purchase of this product.  See full search results on eBay

Head First is ranked 5th best out of 14 albums by Badfinger on BestEverAlbums.com.

The best album by Badfinger is Straight Up which is ranked number 2348 in the list of all-time albums with a total rank score of 674. 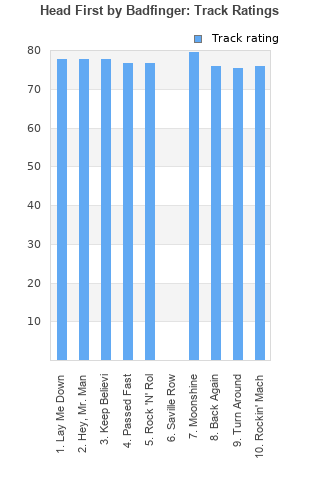 Thanks for the info, never knew any of that.

This was the follow-up album to the brilliant "Wish You Were Here". The album was recorded during two weeks in late 1974, but due to finacial irregularities within the band's management the album was not released until year 2000. Joey Molland had for the album been replaced by Bob Jackson who adds great keyboards to the band-sound. Great songs on the album from all four band members. Favourites are "Lay me Down" and "Keep Believing" by Pete Ham, as well as "Hey, Mr Manager" and "Moonshine".

Your feedback for Head First