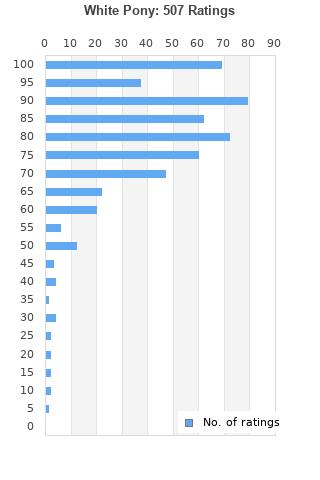 White Pony is ranked as the best album by Deftones. 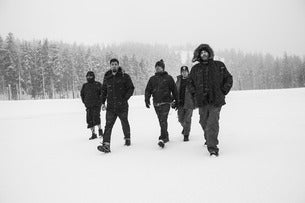 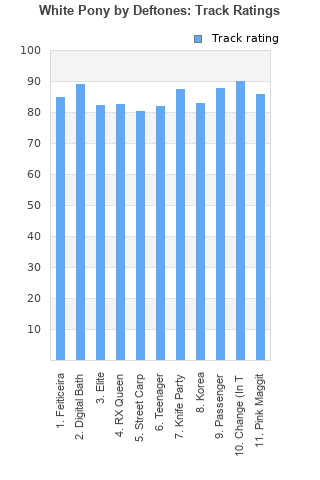 Rating metrics: Outliers can be removed when calculating a mean average to dampen the effects of ratings outside the normal distribution. This figure is provided as the trimmed mean. A high standard deviation can be legitimate, but can sometimes indicate 'gaming' is occurring. Consider a simplified example* of an item receiving ratings of 100, 50, & 0. The mean average rating would be 50. However, ratings of 55, 50 & 45 could also result in the same average. The second average might be more trusted because there is more consensus around a particular rating (a lower deviation).
(*In practice, some albums can have several thousand ratings)
This album is rated in the top 1% of all albums on BestEverAlbums.com. This album has a Bayesian average rating of 81.1/100, a mean average of 79.8/100, and a trimmed mean (excluding outliers) of 81.3/100. The standard deviation for this album is 16.4.

Glorious, whatever your opinion on nu metal. It's a shame Back To School was only on the re-release.

An incredibly impressive experimental change of direction for an alternative metal band of its time. Several undeniable classics such as Passenger, Change (In the House of Flies), Pink Maggit and Digital Bath master the sense of eeriness and metal brilliance. Definitely the high point of Deftones' career.

Deft Tones best album, takes some getting into but rewarding on subsequent listens

Again, in a more metal friendly environment, this would be regarded as classic. Which it is

Some really good tracks
Feiticeira,Change,Digital Bath,Passenger
but, just too much filler

Koi No Yokan to me is the best Deftones Album but, this is 2nd

This album is probably the best mix of all of the members influences.

It's very difficult for me to break apart albums such as this one because nu-metal is not a genre that I'm familiar with. I find it hard to decipher between the songs that I'm hearing as being thorough and strongly executed ideas and what is filler/what are the weaker tracks.

But I think this album breaks that stereotype that I have. I can easily understand what's going on in this album and it accomplishes its goal, to say the least. This is really the only Deftones album that I can really say I like. While I do enjoy some of the ethereal moments on Diamond Eyes such as Sextape the most, the heavy moments (there are a lot of them) on this album are just as satisfying. Change (in the House of Flies) is a classic song.

Your feedback for White Pony