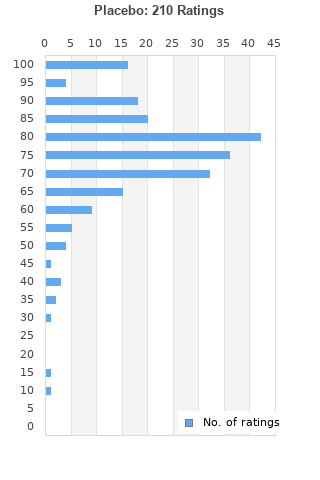 Placebo is ranked 3rd best out of 15 albums by Placebo on BestEverAlbums.com.

The best album by Placebo is Without You I'm Nothing which is ranked number 832 in the list of all-time albums with a total rank score of 2,235. 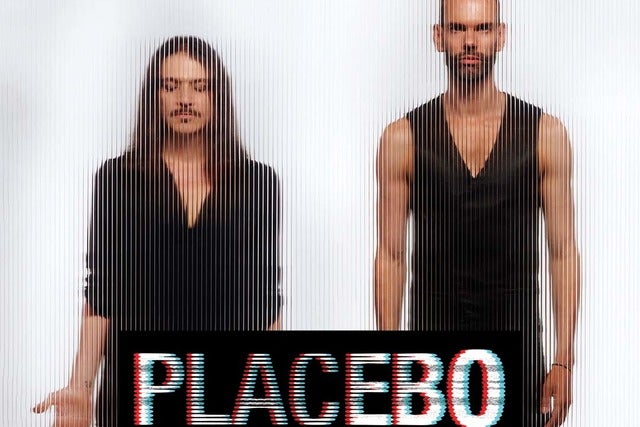 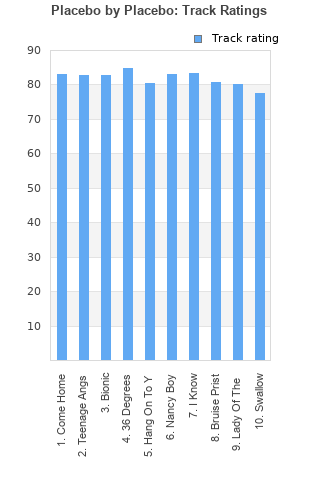 Rating metrics: Outliers can be removed when calculating a mean average to dampen the effects of ratings outside the normal distribution. This figure is provided as the trimmed mean. A high standard deviation can be legitimate, but can sometimes indicate 'gaming' is occurring. Consider a simplified example* of an item receiving ratings of 100, 50, & 0. The mean average rating would be 50. However, ratings of 55, 50 & 45 could also result in the same average. The second average might be more trusted because there is more consensus around a particular rating (a lower deviation).
(*In practice, some albums can have several thousand ratings)
This album is rated in the top 8% of all albums on BestEverAlbums.com. This album has a Bayesian average rating of 75.8/100, a mean average of 75.1/100, and a trimmed mean (excluding outliers) of 76.0/100. The standard deviation for this album is 14.4.

Really nice album, love the guitar on so many of the tracks. On reflection, a lot of the riffs are very similar, but still the album holds up really nicely. Not a fan of the 22 minute closer, with 10 pointless minutes of silence (hate it when albums have this), but the instrumental that follows is pleasant enough. Highlights for me are Nancy Boy, Come Home and Bionic. A very promising debut

Couple of great songs on this (Teenage Angst, Nancy Boy). More placed on the average scale though. Going off on a bit of a rant here. I hate the hidden track concept. After 'Swallow' there's a 10 minute gap of silence then it goes into an instrumental piece that's actually quite good. It would of slotted in nicely anywhere within the album. I don't see the point. Just saying.

This album should be much higher, David Bowie could see the potential here, give this a listen.

Is it just me or does Swallow sound like it's inspired by Slint's Spiderland? Anyways a fantastic album, no weak tracks and diverse enough to keep you on the edge of seat for a whole duration.

Such a great album, a perfect blend of heavy and light guitar, with emotional vocals and rhythm that truly draws you into the album. Truly a great album.

Their first and finest. Compare the drumming on this album (the rhythm section really drives it), to subsequent offerings... the original drummer was a big loss.

Just a tight, tight album. "Lady of the Flowers" is perhaps the low point, but that feels like nitpicking.

Love this album, love every song.

Your feedback for Placebo