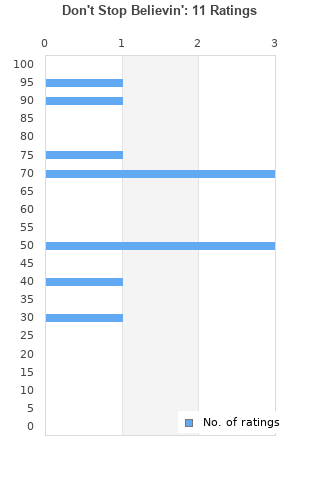 Olivia Newton-John Vintage Vinyl Don’t Stop Believin
Condition: Used
Time left: 7h 26m 49s
Ships to: Worldwide
$4.00
Go to store
Product prices and availability are accurate as of the date indicated and are subject to change. Any price and availability information displayed on the linked website at the time of purchase will apply to the purchase of this product.  See full search results on eBay

Don't Stop Believin' is ranked 8th best out of 16 albums by Olivia Newton-John on BestEverAlbums.com.

The best album by Olivia Newton-John is The Rumour which is ranked number 13111 in the list of all-time albums with a total rank score of 83. 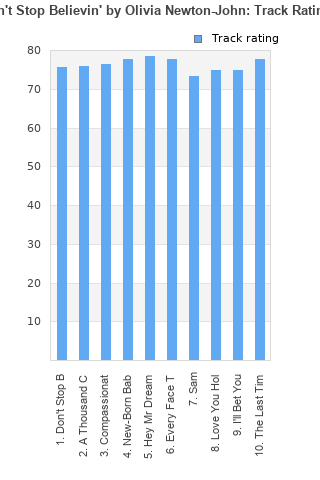 This album was the first of her releases that began the transition towards less country and more pop. Don't Stop Believin' and Sam are easily the best tracks here and they are still performed live by Newton-John. Every Face Tells a Story, a rollicking country-pop track, is also very good and did not get the airplay that it deserved. Hey Mr. Dreammaker could easily have been a single. It's one of my 5 favorite studios albums by Newton-John.

An album of good & bad songs more good than bad. Sam and the title track standout. Love You Hold The Key, Compassionate Man & A Thousand Conversations are also good.

Your feedback for Don't Stop Believin'