Killingsworth (studio album) by The Minus 5 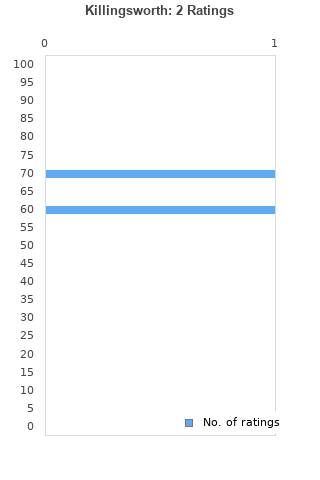 The Minus 5: Killingsworth NEW CD Import
Condition: Brand New
Time left: 9d 9h 53m 25s
Ships to: Worldwide
$8.97
Go to store
Product prices and availability are accurate as of the date indicated and are subject to change. Any price and availability information displayed on the linked website at the time of purchase will apply to the purchase of this product.  See full search results on eBay

Killingsworth is ranked 4th best out of 10 albums by The Minus 5 on BestEverAlbums.com.

The best album by The Minus 5 is Down With Wilco which is ranked number 18744 in the list of all-time albums with a total rank score of 52. 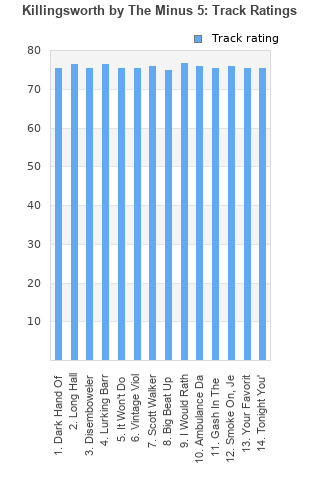 "killingsworth" feels like a sequel to their self-titled "gun album", even featuring the return of colin meloy (on a more upbeat tune this time) along with several members of the decemberists, presenting a strong country rock album that sounds like commonplace indie radio and grand at the same time. Knowing these two artists, you can imagine that the instrumentation and lyrical wit lift these oft-kilter indie pop/country/folk/rock songs to off-kilter poppy heights. I think "I would rather sacrifice you" perfectly represents the album, especially its wit with the sentiment "I would rather sacrifice you than to miss sweet jesus's call".

Your feedback for Killingsworth