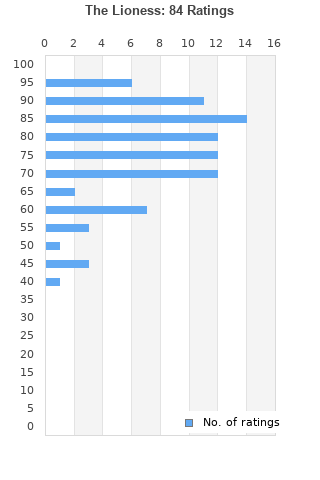 The Lioness is ranked 2nd best out of 14 albums by Songs: Ohia on BestEverAlbums.com.

The best album by Songs: Ohia is The Magnolia Electric Co. which is ranked number 598 in the list of all-time albums with a total rank score of 3,103. 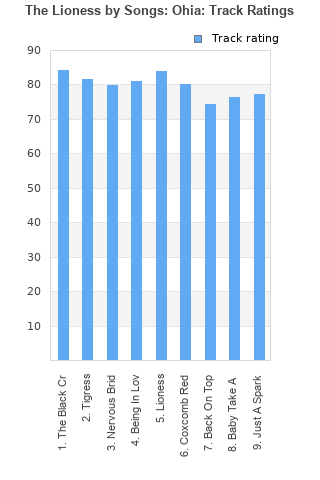 Rating metrics: Outliers can be removed when calculating a mean average to dampen the effects of ratings outside the normal distribution. This figure is provided as the trimmed mean. A high standard deviation can be legitimate, but can sometimes indicate 'gaming' is occurring. Consider a simplified example* of an item receiving ratings of 100, 50, & 0. The mean average rating would be 50. However, ratings of 55, 50 & 45 could also result in the same average. The second average might be more trusted because there is more consensus around a particular rating (a lower deviation).
(*In practice, some albums can have several thousand ratings)
This album is rated in the top 7% of all albums on BestEverAlbums.com. This album has a Bayesian average rating of 76.0/100, a mean average of 76.4/100, and a trimmed mean (excluding outliers) of 76.4/100. The standard deviation for this album is 12.9.

Conjures that sense of being permanently trapped in a grey and barren mindscape- with only the futile yearn for lost loves and trying to fix un-mendable past mistakes keeping him alive. One of the bleakest albums ever recorded, it's surprising how compelling it's utter hopelessness can be- a skin-and-bones masterpiece and the standout from Molina's rather fluid, stream-of-consciousness body of work.

This is beautiful. Plaintive, mournful & yearning. Reminds me more of Will Oldham than Smog. Some of guitar solos even remind me of Neil Young. And minor organ keys always break my heart.

Your feedback for The Lioness