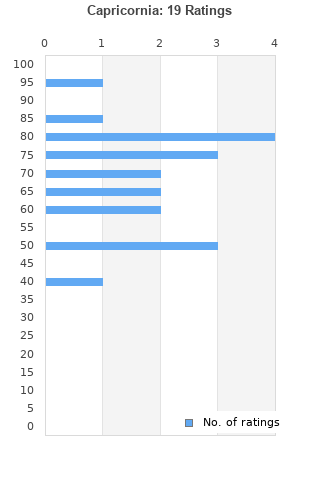 MIDNIGHT OIL: CAPRICORNIA (GOLD SERIES) +CD+
Condition: Brand New
Time left: 2d 18h 14m 56s
Ships to: Worldwide
£12.09
Go to store
Product prices and availability are accurate as of the date indicated and are subject to change. Any price and availability information displayed on the linked website at the time of purchase will apply to the purchase of this product.  See full search results on eBay

Capricornia is ranked 10th best out of 26 albums by Midnight Oil on BestEverAlbums.com.

The best album by Midnight Oil is Diesel And Dust which is ranked number 880 in the list of all-time albums with a total rank score of 2,130. 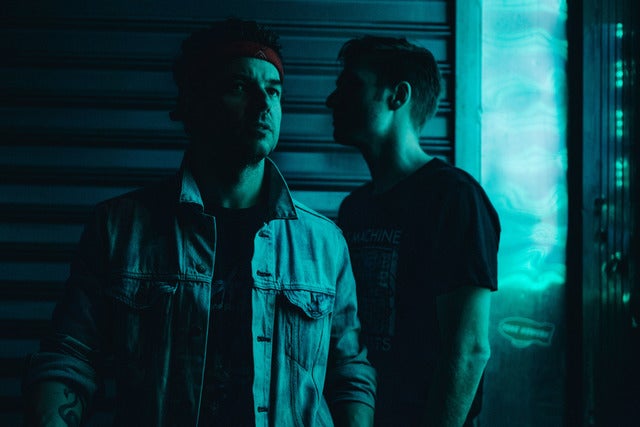 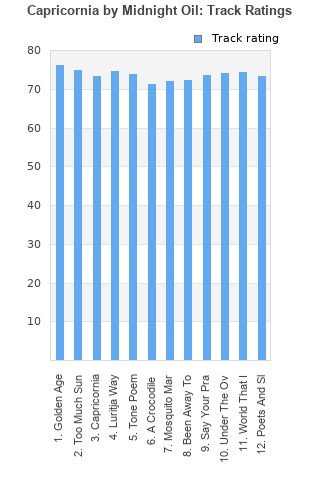 Rating metrics: Outliers can be removed when calculating a mean average to dampen the effects of ratings outside the normal distribution. This figure is provided as the trimmed mean. A high standard deviation can be legitimate, but can sometimes indicate 'gaming' is occurring. Consider a simplified example* of an item receiving ratings of 100, 50, & 0. The mean average rating would be 50. However, ratings of 55, 50 & 45 could also result in the same average. The second average might be more trusted because there is more consensus around a particular rating (a lower deviation).
(*In practice, some albums can have several thousand ratings)
This album has a Bayesian average rating of 70.9/100, a mean average of 69.3/100, and a trimmed mean (excluding outliers) of 69.3/100. The standard deviation for this album is 12.8.

'Capricornia' shows Midnight Oil well past their best in a largely forgettable album.

After a couple of disappointing albums Midnight Oil came back strongly with the excellent album "Capricornia". Unfortunately, it seems that this will also be last from this great band.

The album oozes joy of playing and commitment and the songwriting is back at the level of the early 1990s with albums like "Blue Sky Mine" and "Earth and Sun and Moon".

Most songs are characterized by both edge and great sounding guitars and like always, strong vocals. On many of the songs again emphasis is put on melodic and catchy choruse. The band manage to combine lyrically serious themes specifically addressing the problems of modern lifestyle and thinking, with great melodic singing and playing.

Should individual songs be highlighted it must be the very catchy "Golden Age", which is a nice example of how the group has "rediscovered" their old sound. The same could be said of the title track, which also borrows a little from the old hit "Needles and Pins".

The more subdued "Under the Overpass" is also a very strong track that is likely to stick to your mind.

The final track "Poets and Slaves" is less accessible, but a song which, with its drama and at the same time melodic atmosphere, will capture the listener.

Your feedback for Capricornia