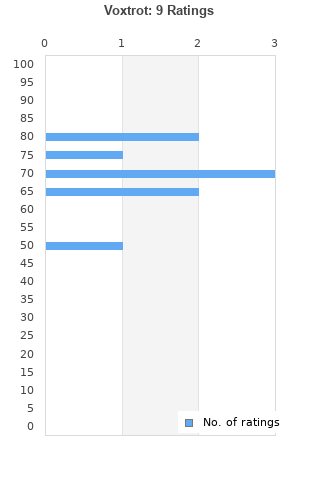 Voxtrot - Voxtrot (Self Titled) CD Promo Play Louder Recordings PLAYR21CD
Condition: Like New
Time left: 1d 14h 38m 1s
Ships to: Worldwide
$4.00
Go to store
Product prices and availability are accurate as of the date indicated and are subject to change. Any price and availability information displayed on the linked website at the time of purchase will apply to the purchase of this product.  See full search results on eBay

Voxtrot is ranked 3rd best out of 3 albums by Voxtrot on BestEverAlbums.com.

The best album by Voxtrot is Mothers, Sisters, Daughters & Wives which is ranked number 15155 in the list of all-time albums with a total rank score of 71.

Tickets from Ticketmaster Get tickets
May
27
Thu
21:00 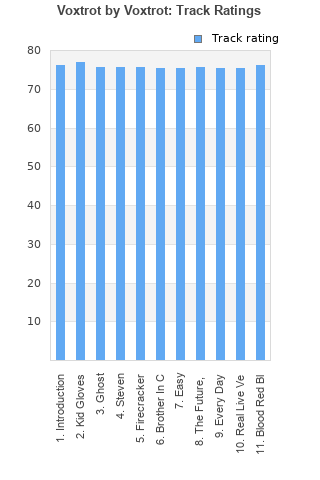 If they would've culled the best of their 3 leading EPs and this album, that would've been a huge album for sure. Instead, they put out a "full length" version of one of their EPs, with some decent filler and some very good tracks ("kid gloves", "firecracker"). Sort-of fulfills the promise of the EPs, but could've been so much better.

Your feedback for Voxtrot