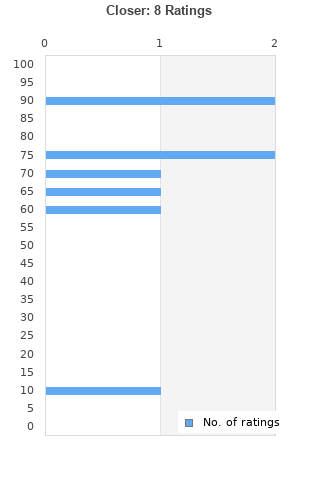 Closer
Condition: Acceptable
Time left: 1d 21h 10m 48s
Ships to: Worldwide
$5.65
Go to store
Product prices and availability are accurate as of the date indicated and are subject to change. Any price and availability information displayed on the linked website at the time of purchase will apply to the purchase of this product.  See full search results on eBay

Closer is ranked 5th best out of 10 albums by Better Than Ezra on BestEverAlbums.com.

The best album by Better Than Ezra is Friction, Baby which is ranked number 8724 in the list of all-time albums with a total rank score of 135. 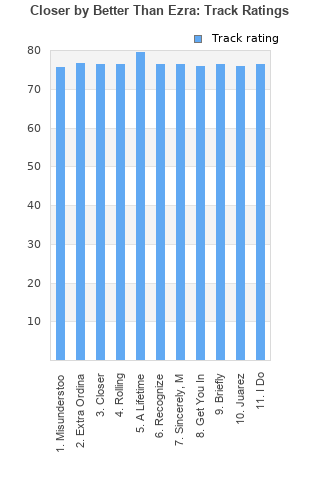 Better Than Ezra follow-up their stylistically adventurous "How Does Your Garden Grow?" with a little less adventure and chance but with just as many hooks. "A Lifetime", a song about remembering a dead friend, is one of their best. Orchestral flourishes of their previous album are replaced with more standard compositions, with the occasional record scratch.

Your feedback for Closer