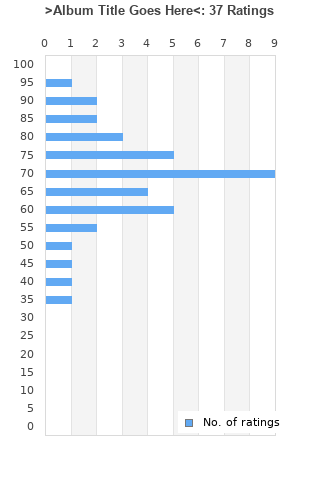 >Album Title Goes Here< is ranked 3rd best out of 12 albums by deadmau5 on BestEverAlbums.com.

The best album by deadmau5 is while(1<2) which is ranked number 3631 in the list of all-time albums with a total rank score of 383. 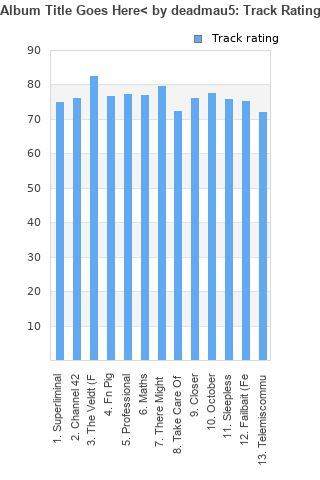 Outliers can be removed when calculating a mean average to dampen the effects of ratings outside the normal distribution. This figure is provided as the trimmed mean. A high standard deviation can be legitimate, but can sometimes indicate 'gaming' is occurring. Consider a simplified example* of an item receiving ratings of 100, 50, & 0. The mean average rating would be 50. However, ratings of 55, 50 & 45 could also result in the same average. The second average might be more trusted because there is more consensus around a particular rating (a lower deviation).
(*In practice, some albums can have several thousand ratings)
This album has a mean average rating of 65.0/100. The trimmed mean (excluding outliers) is 65.3/100. The standard deviation for this album is 13.6.

Strangely, the one with the absolute laziest name of them all is the one I tend to keep returning to occasionally, years after my deadmau5 stan years as a teenager. This man really knows how to do EDM. He knows how to tweak the sounds perfectly. Almost every song might have the same chord progression, and all he does is find different ways to progress through them, but he makes it work. And that's what electronic music is about: not "what", but "how". It's about atmospheres and aesthetics. It was never about coming up with new chord progressions (as if Classical music hasn't cleared them all long ago) or even interesting ones; never about the melodies themselves. It's about the sounds themselves. Just like The Orb showed, even an annoying sample like a girl saying "little fluffy clouds" can be turned into a hit.

It has its rough patches and boy does it lack cohesiveness, but >ATGH< ends being one the more surprising and revealing deadmau5 albums when you give it some time. Not least because it's perhaps the most accessible from a wider perspective thanks to its explorations beyond progressive house, but also because of the roundness of its sound and the balance between his more typical cuts and those where he experiments more.

>Album Title Goes Here< feels like a forgotten album in mau5's discography, parlt because its singles weren't as big as those on previous albums, and partly because it features more experimentation than other albums. Moving away from straight four to the floor kick drums, mau5 explores electronica and hip-hop. Having heard his next album, it's clear that his new sound was built on these earlier experiments. The tracks are a great mix of dance-y (most of the first half), and more exploratory (on the second half). I prefer the albums' second half, but both are really great. Awesome effort by mau5, but unfairly forgotten.

I have to say, this album surprised me. I can’t say I’m the biggest fan of dubstep. I’ve tried, and I continue to try, but I just can’t get into it. I had always been under the impression that deadmau5 was all about dubstep. That he fell into the same categories as Skrillex and Bassnectar but, with this album at least, he doesn’t. This album is pretty solid electronic music. As if, say, Kraftwerk or The Avalanches were making an album today. The album, while mostly instrumental, does feature a few artists on a couple songs. Most notably, it features Gerard Way (of My Chemical Romance) and Cypress Hill. It’s a well-made album though. The instrumentals are pretty interesting for the most part, and the couple songs that feature singing are good too. I’d recommend checking it out, especially if you’re a fan of electronic music. 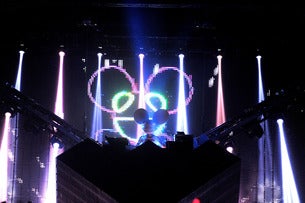