Take The Kids Off Broadway (studio album) by Foxygen 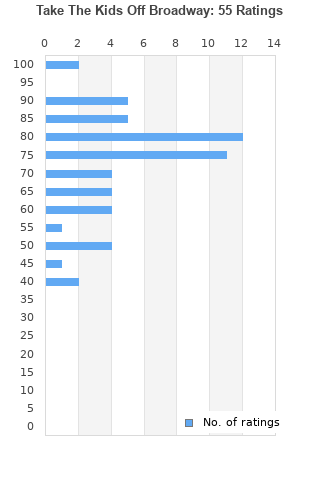 Take The Kids Off Broadway is ranked 4th best out of 7 albums by Foxygen on BestEverAlbums.com.

The best album by Foxygen is We Are The 21st Century Ambassadors Of Peace And Magic which is ranked number 856 in the list of all-time albums with a total rank score of 2,168. 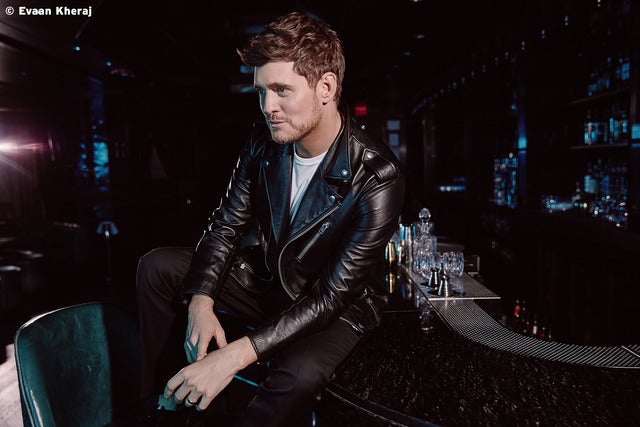 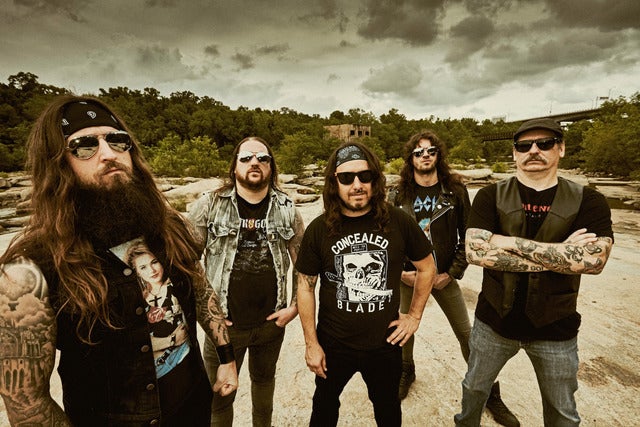 Listen to Take The Kids Off Broadway on YouTube 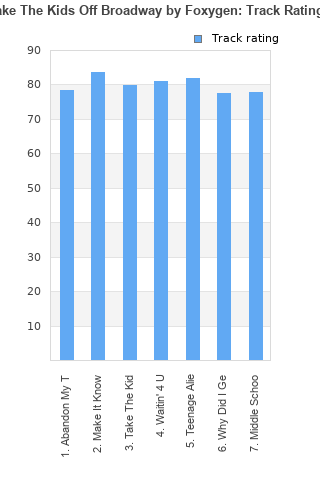 Take The Kids Off Broadway rankings

Take The Kids Off Broadway collection

Take The Kids Off Broadway ratings

Rating metrics: Outliers can be removed when calculating a mean average to dampen the effects of ratings outside the normal distribution. This figure is provided as the trimmed mean. A high standard deviation can be legitimate, but can sometimes indicate 'gaming' is occurring. Consider a simplified example* of an item receiving ratings of 100, 50, & 0. The mean average rating would be 50. However, ratings of 55, 50 & 45 could also result in the same average. The second average might be more trusted because there is more consensus around a particular rating (a lower deviation).
(*In practice, some albums can have several thousand ratings)
This album has a Bayesian average rating of 73.1/100, a mean average of 73.1/100, and a trimmed mean (excluding outliers) of 73.1/100. The standard deviation for this album is 13.9.

Take The Kids Off Broadway favourites

Take The Kids Off Broadway comments

Nicely written. I like it but there's a lot of throw away, and most of the songs are a little too long. But it's good nevertheless, I don't think Foxygen could ever top 21st Century though.

This album is a blast. Fantastic melodies, offbeat lyrics, and a messy style. Even though it's heavily grounded in past musical ideas it still has an incredibly unique personality.

Your feedback for Take The Kids Off Broadway