Nothing Was The Same (album) by Drake 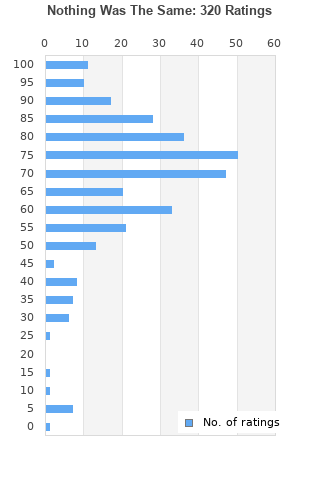 Nothing Was The Same is ranked 3rd best out of 10 albums by Drake on BestEverAlbums.com.

The best album by Drake is Take Care which is ranked number 858 in the list of all-time albums with a total rank score of 2,158. 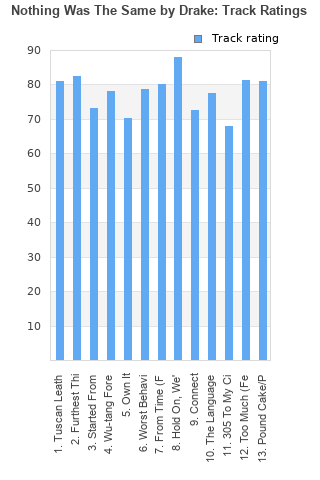 Nothing Was The Same rankings

Nothing Was The Same collection

Nothing Was The Same ratings

Outliers can be removed when calculating a mean average to dampen the effects of ratings outside the normal distribution. This figure is provided as the trimmed mean. A high standard deviation can be legitimate, but can sometimes indicate 'gaming' is occurring. Consider a simplified example* of an item receiving ratings of 100, 50, & 0. The mean average rating would be 50. However, ratings of 55, 50 & 45 could also result in the same average. The second average might be more trusted because there is more consensus around a particular rating (a lower deviation).
(*In practice, some albums can have several thousand ratings)
This album has a mean average rating of 69.0/100. The trimmed mean (excluding outliers) is 69.9/100. The standard deviation for this album is 18.1.

Nothing Was The Same favourites

Nothing Was The Same comments

Many highs and lows on this album. But all in all this album made me believe Drake had fallen off and he had had his best time.

Introspective solitude with self reflective tendencies if I were to describe the overall vibe of this album. Perfect for autumn time. I am not a Drake fan in general but this album is a solid, cohesive piece of work that has the right vibe to it. If you're a hip hop fan, it's something to consider. Don't hate on it if you haven't tried to immerse yourself in the textures and atmospheres it creates

My favourite Drake album. It's his best along with 'Take Care'.

On par-ish w/ Take Care, wasn't the dramatic step forward artistically that take care was from thank my later. Still waiting on Drake to come out with something really great. He needs to take more time between records and get rid of the filler as per usual - which is my largest complaint about Drake - beyond the appeal to mainstream tropes and immature lyrics.

People only hear the hits and don't realize how much range and depth his studio albums have as a complete whole. Each one is uniquely its own, and while NWTS doesn't live up to Take Care or even Views, it's still amazing

He's trying. It's too bad - I actually like Drake as a public figure more than I like his music. This is just alright.

lol Puncture, this surpasses anything that Kendrick has done.

Brilliant stuff, and amazing flow in the album. I was not expecting this, I have missjudged Drake my whole life 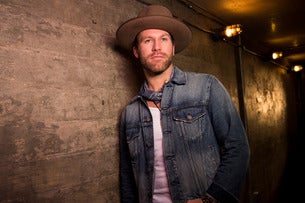 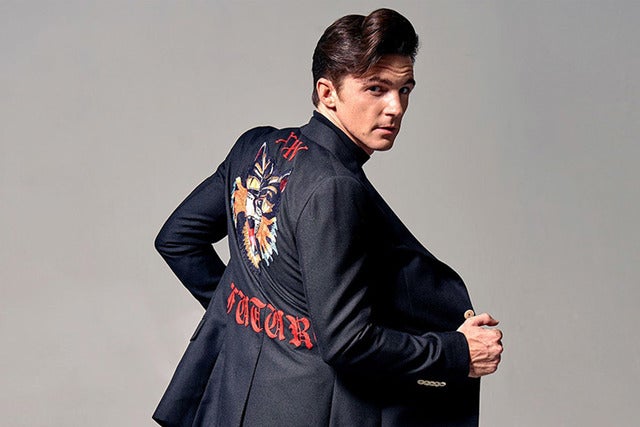 Your feedback for Nothing Was The Same