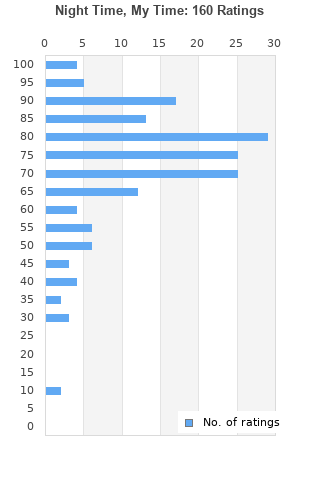 Night Time, My Time is ranked as the best album by Sky Ferreira. 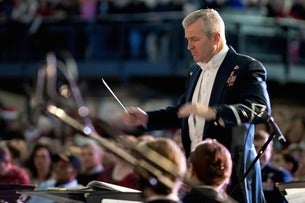 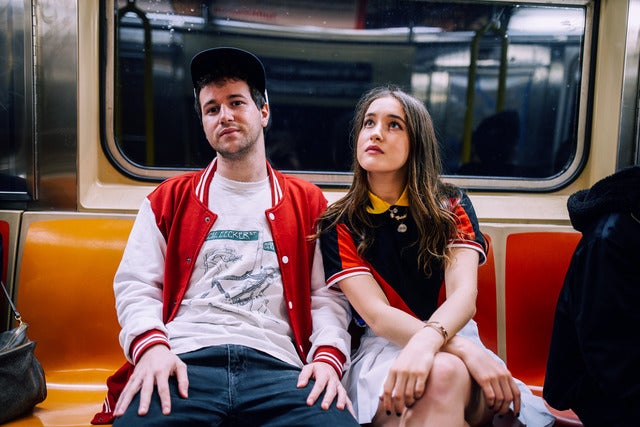 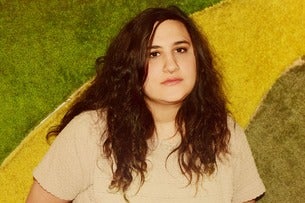 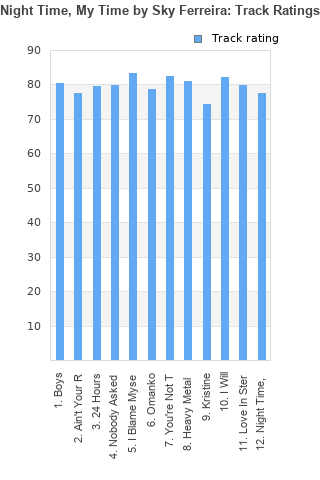 Rating metrics: Outliers can be removed when calculating a mean average to dampen the effects of ratings outside the normal distribution. This figure is provided as the trimmed mean. A high standard deviation can be legitimate, but can sometimes indicate 'gaming' is occurring. Consider a simplified example* of an item receiving ratings of 100, 50, & 0. The mean average rating would be 50. However, ratings of 55, 50 & 45 could also result in the same average. The second average might be more trusted because there is more consensus around a particular rating (a lower deviation).
(*In practice, some albums can have several thousand ratings)
This album has a mean average rating of 72.0/100. The trimmed mean (excluding outliers) is 72.7/100. The standard deviation for this album is 16.4.

Night Time, My Time really had no business being this good. Following the somewhat uneven, underwhelming, and sometimes ponderous Ghost EP, I wasn't really expecting much from this full-length album--especially after Ferreira's own record label seemed ambivalent about ever doing anything with it. Turns out this was a crackling rocker of a pop album, consistently sparkling, confident, and clever. I remain puzzled and a little appalled at the album cover, wet and half naked, reminiscent of the scene in Blue Velvet in which a humiliated-looking Isabella Rosselini falls bruised and broken into Kyle MacLachlan's arms. The Sky Ferreira on this album is nothing at all like Rosselini's character; she's found her voice and her confidence, and she's ready to rock. It's an accomplishment well worth celebrating.

Been a huge Sky Ferreira fan since 2010 when she was pressured by her label to release cookie-cutter electropop (although some songs - "One" and "17" - were good). She managed to break free of their oppressive hold and released the music she wanted to release.
"Everything is Embarrassing" was a great track and garnered critical acclaim. Building upon this, she finally released her long delayed debut LP which turned out, to most people's surprise, to be a powerful indie-rock/pop-rock album complemented with insightful lyrics that give listeners a clear idea of the shit she's been through. It's a great album that sounds like the best of the 80s, sometimes filled with harsh walls of sound that accurately reflect the anger built up inside her.
The record becomes a bit inconsistent in its second half (and were tracks like "Kristine" really needed?) but by the end of the stunning closer "Night Time, My Time", I was convinced I'd just listened to one of the best albums of the year. Still holds up after 3 years as well.

Great blend of an Indie sound and a pop sound. Also some punk added in that blend (when looking at her vocals) and you've got yourself this album. Honestly my favorite album currently. If you don't know already- the album cover depicts her in the shower nude with one breast showing. I assume it is this way to depict innocence. Give it a listen if you like indie rock/pop. I don't think you will regret it.

Impressive. Not terribly original, but impressive like i said. She's obviously got a lot of talent and even when the album seems like it might just sink to the depths of mainstream pop oblivion Ferreira hits back with impressively in-depth tunes such as Nobody Asked Me and Night Time, My Time.
A fun album for sure.

about half of a great sleazy, crazy-making pop album, with some beautifully over-the-top, howl-at-the-friggin' moon anthems, weighed down by some incredibly boring, faceless tracks, especially the four that follow the whale of an opener, "Boys". Erratic, to say the least, but at it's best when it mixes the dirtiest of the 80s, 90s and 2010s new wave/alt-rock styles and when she's at her most unhinged as a lyricist and performer ("Heavy Metal Heart" is absolutely stunning). Not the great left-of-centre pop masterpiece of the decade but suggests she definitely has it in her down the road.

Not bad actually. I dig a few tracks

A really solid pop album with some good lyrical depth, which surprised me.

Equal parts Madonna and Sleigh Bells, Ferreira's debut is packed with the kind of 80s influenced anthems that mall dreams are made. Kool.

I think that there are two distinct artists each named Sky Ferreira performing on this album. I prefer the one who recorded the songs 24 Hours and Love In Stereo.

Your feedback for Night Time, My Time