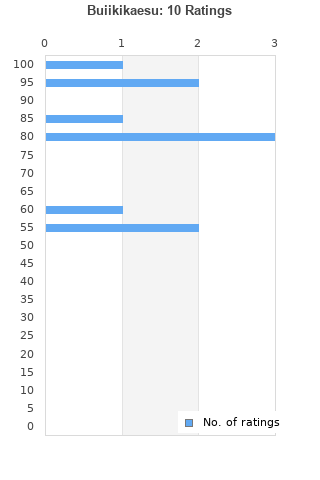 Buiikikaesu is ranked as the best album by Maximum The Hormone.

Luke Combs - What You See Is What You Get Tour
Smoothie King Center, New Orleans, United States. 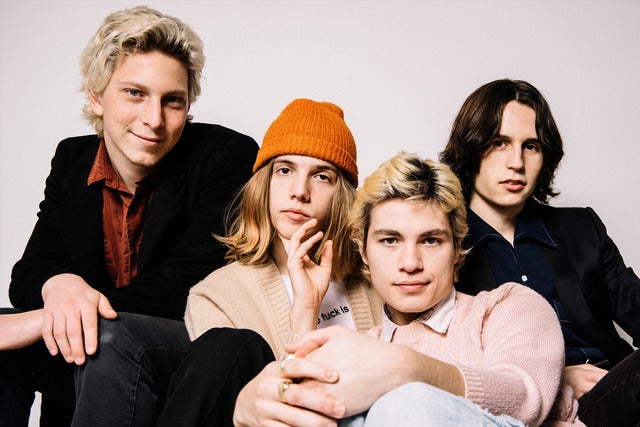 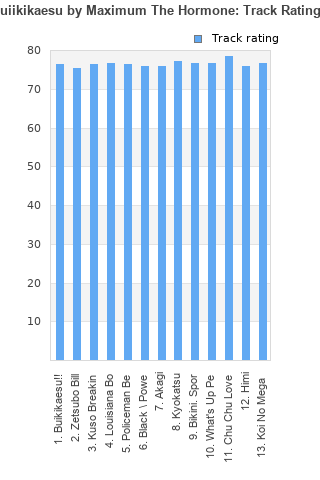 Rating metrics: Outliers can be removed when calculating a mean average to dampen the effects of ratings outside the normal distribution. This figure is provided as the trimmed mean. A high standard deviation can be legitimate, but can sometimes indicate 'gaming' is occurring. Consider a simplified example* of an item receiving ratings of 100, 50, & 0. The mean average rating would be 50. However, ratings of 55, 50 & 45 could also result in the same average. The second average might be more trusted because there is more consensus around a particular rating (a lower deviation).
(*In practice, some albums can have several thousand ratings)
This album is rated in the top 9% of all albums on BestEverAlbums.com. This album has a Bayesian average rating of 75.9/100, a mean average of 78.5/100, and a trimmed mean (excluding outliers) of 78.5/100. The standard deviation for this album is 15.8.

Incredibly fun, fantastic listen. Balancing heaviness and poppiness perfectly. Zetsubou Billy and What's Up People!? are standout tracks, with the former being one of the best metal tracks I've heard in the genre.