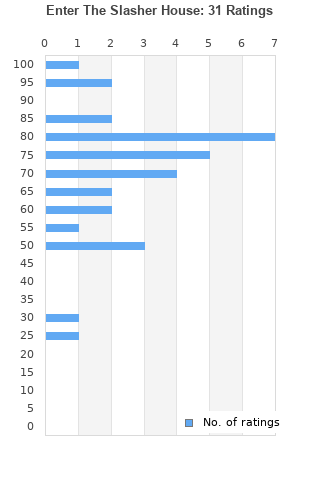 AVEY TARE'S SLASHER FLICKS: Enter The Slasher House -CD Album *NEW* FREE UK P&P
Condition: Brand New
Time left: 3d 4h 23m 56s
Ships to: Worldwide
£2.49
Go to store
Product prices and availability are accurate as of the date indicated and are subject to change. Any price and availability information displayed on the linked website at the time of purchase will apply to the purchase of this product.  See full search results on eBay 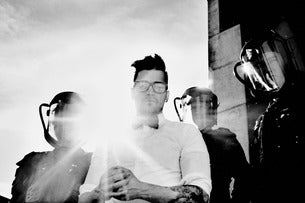 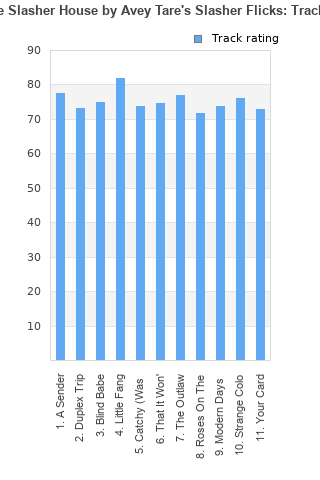 Rating metrics: Outliers can be removed when calculating a mean average to dampen the effects of ratings outside the normal distribution. This figure is provided as the trimmed mean. A high standard deviation can be legitimate, but can sometimes indicate 'gaming' is occurring. Consider a simplified example* of an item receiving ratings of 100, 50, & 0. The mean average rating would be 50. However, ratings of 55, 50 & 45 could also result in the same average. The second average might be more trusted because there is more consensus around a particular rating (a lower deviation).
(*In practice, some albums can have several thousand ratings)
This album has a Bayesian average rating of 71.1/100, a mean average of 70.5/100, and a trimmed mean (excluding outliers) of 70.5/100. The standard deviation for this album is 16.5.

Like some of my other top selections from 2014, I wasn't expecting very much from this quasi-solo effort from Animal Collective member Avey Tare. Thanks to the bizarre and uninspiring band name, I might even have put up some initial resistance. But the album quickly won me over on the strength of tracks such as "Strange Colores," with its explosive guitar licks and characteristically bizarre lyrics. I'm not so sure I really want to know what Avey is referring to in the lines, "Strange, I feel the colors moving forward / In the fine little line when I open your face." It's probably a reference to something fairly disturbing. But that's what you get with all things related to Animal Collective: it's always difficult, unpredictable, and satisfying way more often than you'd ever think.

The only complaint I have on the record is the one that most people have with Avey Tare's solo efforts- without the rest of the band to hold him back, he goes too ham on his vocal effects

Little Fang doesn't have little fangs. It bit me and I bled. I can dig it.

Your feedback for Enter The Slasher House